This system is used by many cycling brands and is even present in motorcycling and snowboarding. Learn all about MIPS Mountain Bike Helmet in this article.

MIPS means Multidirectional Impact Protection System. If you look at a helmet with this technology, you will notice the presence of a polycarbonate sheet on the inside, which allows converting the frontal impact into a rotational one.

The helmet is the key and most representative element when talking about cycling safety. Many of the models available on the market today are equipped with MIPS, a technology that has earned its place in this activity. But what is the basis of this widespread safety system?

In MIPS, this internal polycarbonate sheet is attached to the helmet with pins and rubber bands that connect the two parts. When the helmet is put on, the internal structure is firmly fixed to the head, while the helmet can move without dislodging.

Upon impact, this allows the helmet to move a few inches and transforms the frontal energy of the impact into rotational energy. In this way, the force of the impact is prevented from being transmitted directly to the skull and brain. According to the company behind MIPS, this technology allows an impact reduction of approximately 39% compared to other helmets.

MIPS was developed by Swedish surgeon Hans von Holst, who became interested in the subject in 1995 after noticing the serious consequences of head injuries caused by bicycle accidents. This motivated him to create a technology that has been adopted by many cycling brands and has even started to be used in motorcycling and snowboarding. 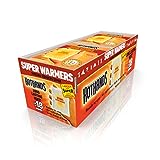