In this post, you will learn everything about snow chains for cars. In cold areas, with temperatures that do not exceed 44.6°F (7°C) or where it snows frequently, the best and safest thing to do is to fit your vehicle with winter tires.

But if the snow isn’t normal where you live, it may be enough to drive on summer tires and have a set of snow day chains on hand.

Where to Put The Snow Chains

Before we get into the types of chains, it is important to know which tires to mount them on. On a front-wheel-drive vehicle, the driving wheels are located on the front axle; on rear-wheel-drive vehicles, they will be on the rear axle, while if the vehicle is 4×4 or all-wheel drive, the chains should ideally be mounted on all four tires. If only one set of two chains is available, it is preferable to install them on the front axle.

Another important detail to take into account at the moment of the assembly is that it must be done with the asphalt-covered with snow or ice to avoid that the chains damage the tire and the rim. Don’t forget to wear gloves in the car! Your hands will appreciate it.

Types of Snow Chains for Cars

They are known by that name, but it is really a spray that is applied to the tire tread to increase its grip in a timely manner. Its main function is to get us out of a tight spot, but it’s not a system that’s allowed for driving when the use of chains is mandatory.

They are the most used, the classic ones with metal links. They offer the best value for money, as they provide safe driving on snow or ice and are the most economical, but against them, they have to be more complicated to assemble, they are heavy, noisy in traffic and are not compatible with the correct use of stability control or ESP. It is not recommended to drive with them without snow because they deteriorate the tire and the rim.

Very popular for its lightweight and easy assembly. It is a fabric cover that covers the tire tread. When circulating they are the softest, can be used with ABS and ESP, and do not damage the rim although against them they have to be damaged more quickly. It is recommended not to exceed the manufacturer’s recommended speed which is generally 31 mph (50 km/h) so as not to reduce the durability of this type of chain.

They are similar to textile ones, but in this case, the cover is made up of a network of plastic cables covered with textile material. Its assembly is simple and fast, the difference is that its assembly is used more tension to adjust to the tire so it requires more force. Other differences are found in its price, more expensive than those of fabric, so their purchase is recommended for those who will use them frequently and in its greater duration. Like the fabric ones, they are compatible with the use of stability control.

Also known as Spikes-Spider chains and are formed by a static part that is always installed on the rim and another mobile part that we mount or dismount depending on the condition of the asphalt. Their assembly is fast, they are very effective when there is a large amount of snow or ice and their durability is very high. On the contrary, they have their price, much more expensive than the conventional ones that are why they are recommended for very frequent use and for vehicles of high range and with tires of low profile. 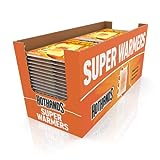